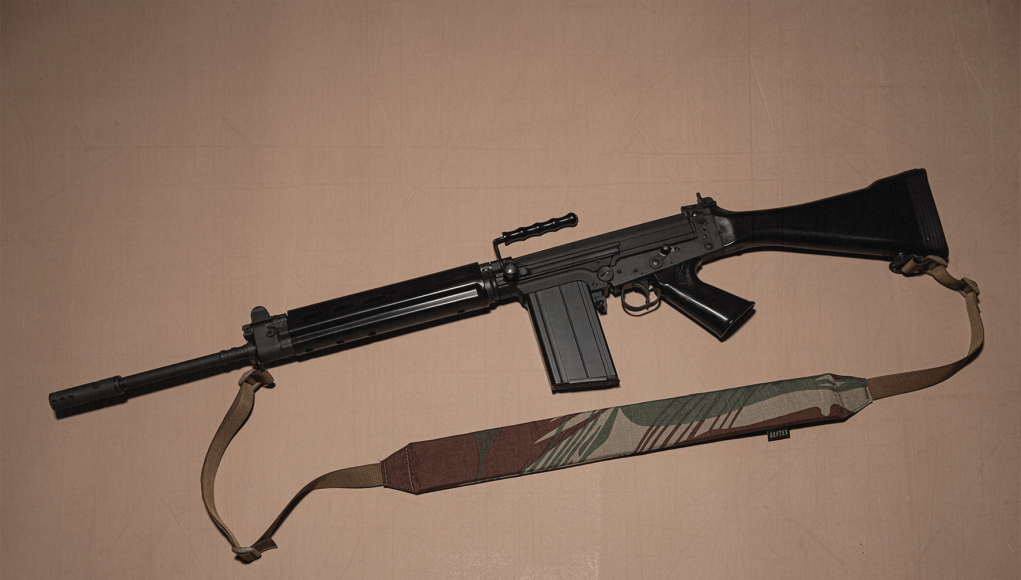 The Legendary Right Arm of the “Free World”!

That’s what the LAR (Light Automatic Rifle) became known for. It was the standard rifle of a large number of Western countries (except the United States), the LAR was given that nickname and it did its job quite well.

Approximative, 90 different NATO countries adopted the LAR as their service rifle of choice for a decent time period during the Cold War and it’s still in service today at some darker places out there somewhere.

Is that exciting you ask? Oh, hell yes, it is!

VFC did a great job building the LAR including their latest GBB technique as well high-end manufacturing standards to get the parts as realistic as possible and the rifle as close as it can be to the real deal.

That being said, the LAR had been with us for a while and we shared it with other airsoft media people to get their hands on and experience with it. As it’s still a rare piece of airsoft gear here in Europe, the LAR can clearly become every GBBR lovers most wanted rifle to add to the collection as this one is clearly “not just another M4!”.

Right now, only 1000 pcs are made in the first batch by VFC so getting hands on one isn’t that easy I guess! Good news is, there will be a “deluxe version” coming out as well so if you haven’t got the chance to grab one – here comes another one then!

Right now, we love to provide you with a detailed look at the gun itself without talking too much about performance and stuff as we still need to get time in the field with it! That being said, you know that the GBB season is mostly over here in Central Europe sooo, let’s see when we’re able to provide that in full detail… but in the meantime, enjoy the pictures from the VFC LAR GBBR.

Alright gang, this is it! Our first look at the VFC LAR GBB Rifle. We hope you like it the way we did it and if you have any questions, you know you can drop them in the comments below.

If you want to gather some quality knowledge about the real LAR and of course the airsoft version, I highly suggest you to watch the review right below from Explosive Enterprises. Seriously, this is one of the best and detailed videos I watched about the LAR.

Want to know even more? Here’s a German language review from our friend BB2K Airsoft, tune in if you’re a native German dude.